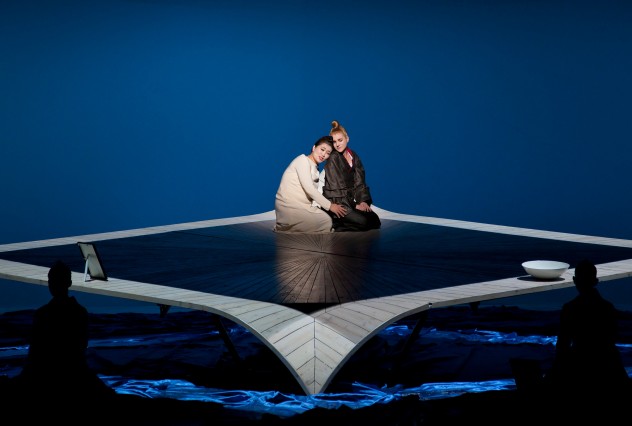 Lighting designer Marc Heinz started his career in 1988 as a lighting director for  Toneelgroep Amsterdam. After winning an award for two productions in 1993 he became a freelance lighting designer. After this he made designs again for, among many others, Toneelgroep Amsterdam as well as for Royal Flamish Theatre (Brussels), Royal Dutch theatre (Antwerp), NTG (Gent), The National Theatre (The Hague), Ro theater (Rotterdam), Holland Festival, Wiener Festwoche, Festival of old Music (Utrecht), Stage entertainment, Opera Ahoy and the Dutch Touropera. He worked in other countries like Belgium, Germany, Swiss, Austria, Spain, France, Saudi Arabia, Lithuania, Trinidad and Tobago, Russia, Italy, the U.S.A., the U.K., the UAE, Finland, Slovakia, India, Norway, Japan, Poland, Ireland, Denmark, Portugal, Israel and China.

In 2010 an extensive lighting design by Marc Heinz was executed for the Polish pavilion in China. The pavilion was awarded with a silver medal for ‘the most creative presentation’ on the 2010 Shanghai World Expo.

In 2013 and 2016 he designed the arena shows for the world tours of DJ Armin van Buuren, ‘Armin Only Intense’ and ‘Armin Only Embrace’. In May 2017 ‘The best of Armin Only’ will explode in the Amsterdam Arena.

His lighting design for ‘Shrek, the musical’ won the 2013 Musical Award for ‘The best creative achievement for a large scale production’. In 2017 Marc was nominated again for a Musical award for ‘Best scenography’.

In 2013 he also designed the lighting for the exhibitions ‘The story of the totem pole’ and ‘Desire for Mekka’. The first exhibition won the ‘International Design Excellence Award 2013′ and the second a ‘Merit Award 2013’.

In 2016 the exhibition ‘ZieZo Marokko’, which he made the lighting design for, won a silver International Design & Communication Award for the ‘Best Scenography for a Temporary Exhibition’.

He also worked on tv-productions, museum exhibitions, special events and musicals, such as “Mamma Mia!”, Shrek”, “Hairspray”, “Cinderella”, “Singing in the rain”, “The Sound of Music”, “Fame”, “Anatevka”, “Oliver!”, “Blood Brothers”, “Grease”, “Legally Blonde”, “Footloose”, “Flashdance, “Putting it together”, “Sweeney Todd”, “Rembrandt the Musical” and “Into the Woods”.

Marc Heinz is a member of United Scenic Artists USA and a professional member of The association of lighting designers, U.K.